WHERE TO EXPERIENCE SNOW. TOHOKU JAPAN 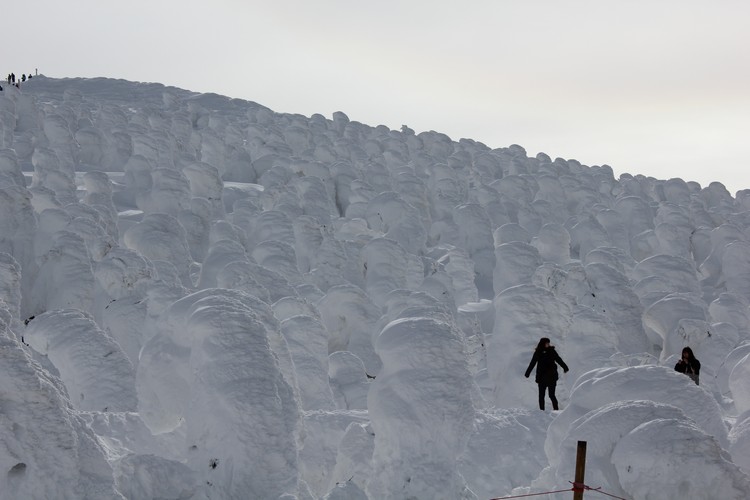 WHERE TO EXPERIENCE SNOW

We Malaysians have very limited experience with snow, for those who have traveled the world, your experience of snow varies from one country to the other. In the North-East of Japan, lies an amazing snow covered landscape which can only be found here. To be more specific they are actually trees covered in snow. To the world they are well-known as “Snow Monsters” or “Juhyo”! This is due to its given shape, dotting all over the Zao Mountain in Yamagata Prefecture!

The formation is like a work of hocus-pocus magic, whip-up by magicians with the right ingredients such as the right climate and temperature, snow fall, geographical location, air humidity … etc. Standing silent and called “Snow Monsters” due to its various shape and size, from tall and straight to some which are curved and bend while wrapped in thick snow gives it an air of white monstrosity …..It simply cannot be mimicked!

In this magical wonderland, there is always time to play. For some tourist being first time to this part of Japan, skiing on powdery snow against the mountain as a backdrop is the first choice, some opt to ride the cable car up Mount. Zao and have a splendid view of the snow Monsters, while others prefer up-close inspection by taking the shuttle which allows you to walk along a cleared snow covered walk-way and be up-close to these Snow Monsters or you might also consider the few options below:

There are so many you can choose from to be your new found friend in Japan, sitting next to it and chatting with him about life in Malaysia seems like a perfectly fine thing to do of course. You may also invite Snow Monster friend to visit Malaysia for a tour …… (Caution: It will definitely melt for you. That is something you are aware of right?)

Imagine being caught in a strange snow kingdom, you are the princess or prince of course waking to this mysterious world, you get up dust yourself and slowly turn around, one by one you see the snow monsters coming alive by the first blink of their eye or eyes. You don’t wait to see what happens instead start running for your life … the Snow Monsters gives chase! While running comes the hammering of your heart and rapid breathing ….. ermm but remember shouting out loud is not recommended.
(Caution: If not, the mental hospital might be your new home! )

Choose your ideal snow monster, imagine two beautiful eyes peaking out of the snow and then imagine it covered in a white cape and it comes alive due to magic. A winter prince or princess in front of you, actually he or she is cursed by a wicked witch into becoming a snow monster! Only your kiss can break the spell! (Again Caution: If you act it out, the mental hospital might be your next home)

The snow capped hinterlands might seem harsh to some and beauty to another. Comes spring time with the gradual warming of the weather comes forth and it turns into an emerald kingdom. But before that happens perhaps allow your inner child to run wild with its imaginations with Tohoku’s Snow Monster!

FACTS：
●There are three prefectures to view these mysterious creatures: Aomori Prefecture, Akita Prefecture and of course the Zao Snow Monsters in Yamagata Prefecture.
● Taking the Winter Night Crusing vehicle to the illuminated Juhyo (Snow Monsters) field. Usually operates between late December to early March! The lights reflected by the snow gives a surreal experience which cannot entirely be described by words.
●The best month to view the Snow Monsters are actually Mid-February. Where they grow having fed the right diet into large-scale monsters! This is also one of the peak season for Juhyo. Many local and international visitors.
●It is approximately 40 minutes by Bus from JR Yamagata Station to Zao Onsen Bus Terminal.
●Should you prefer hassle free and pre-planned itinerary, Apple Vacations do arranged to perfection. Taking you to visit Aomori, Yamagata and Hanamaki Prefecture. After all we are the experts on Japan Tours.
●Click Link for Departure Dates & Full Itinerary 2018: CHARM OF TOHOKU – AOMORI/YAMAGATA/HANAMAKI 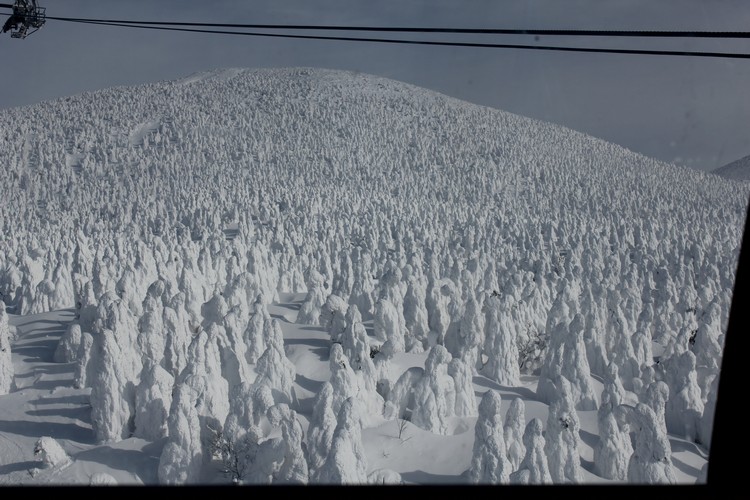 One of the most spectacular view when riding the Zao Mount Cable Car. 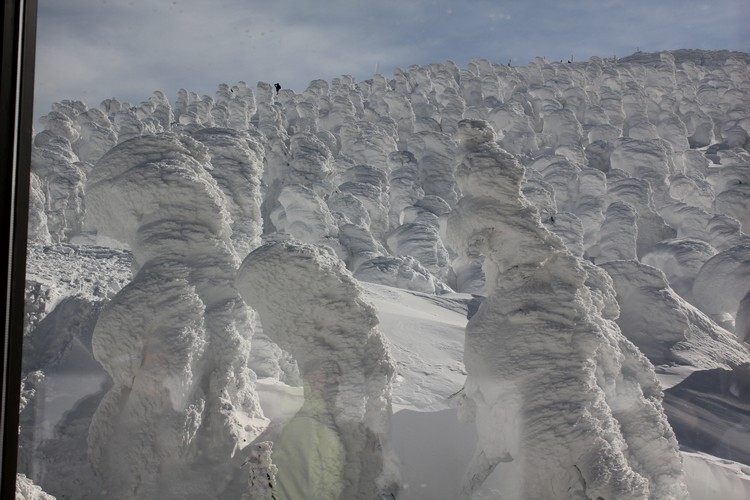 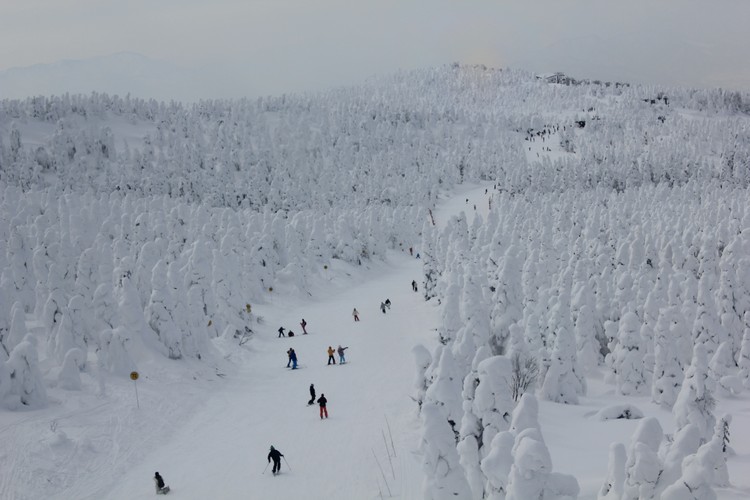 There is an estimation of 10 km of ski track cleared which runs through the Snow Monsters as you ski! 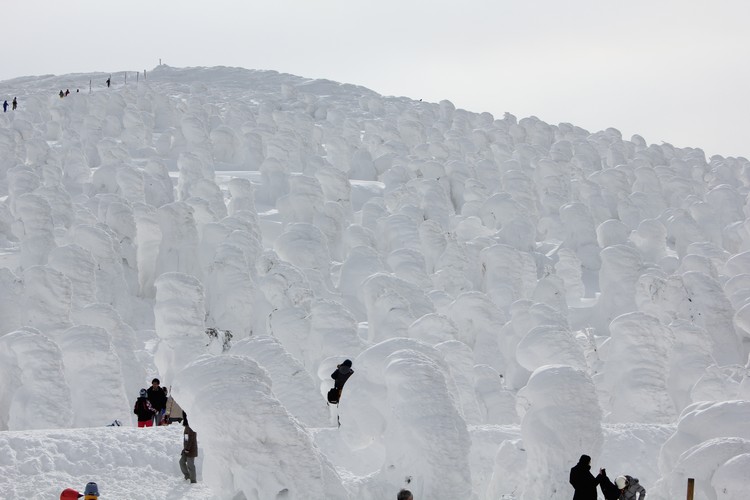 You are able to go up-close with this Snow Monster, I don’t think they will bite. In fact it will remain still while you take plenty of selfies or wefies with them! 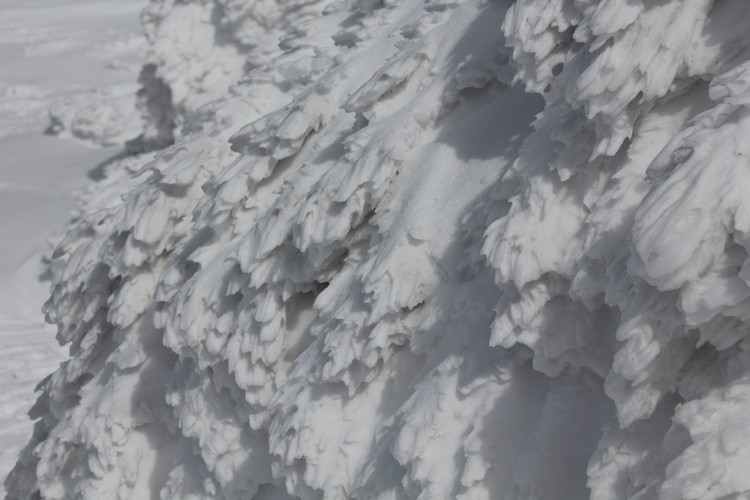 Up-close you can see the jagged formed lines and texture on each tree. Formed by water evaporating due to dry temperature, but yet cold enough to freeze the water particles on the tree. 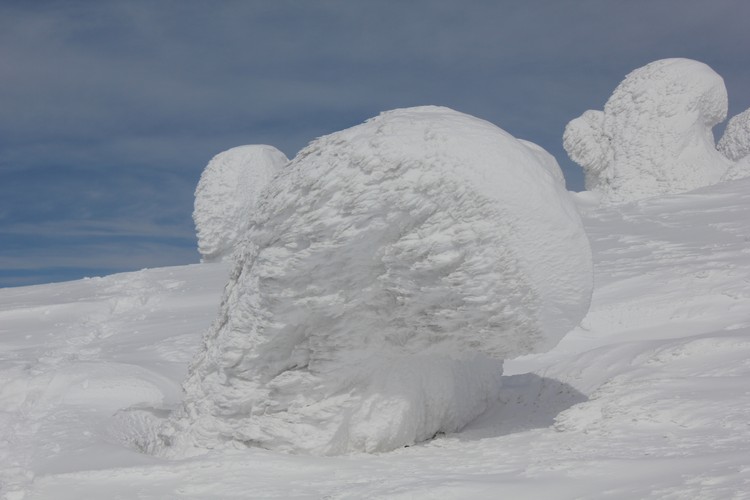 Producing some of the most weird and wonderful snow monster shapes！ 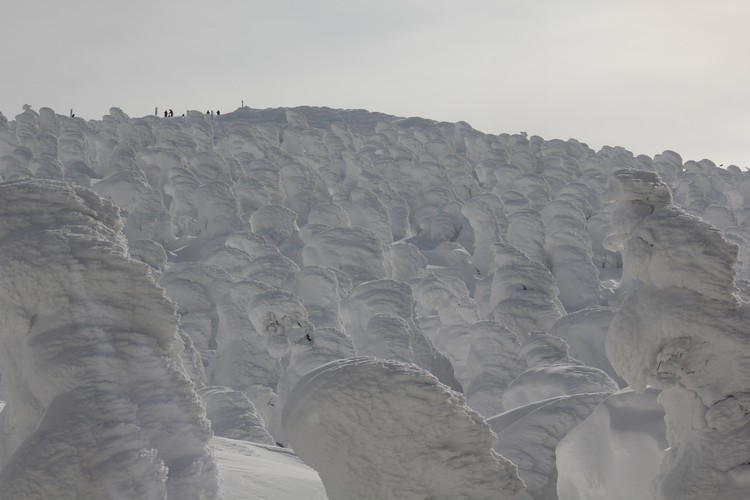 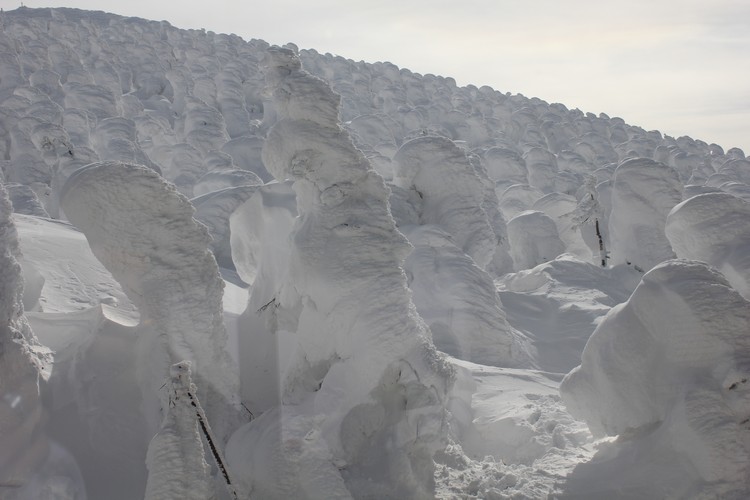 Classics of the Moghul The incredible Golden Triangle of India

It’s all really rail from Cambodia to Thailand