The name Baltic States is not to say unfamiliar, although perhaps it’s the less popular choice for those traveling to Europe as a destination, only a hand full of tourist from different parts of the world, including Asia travels there

Baltic States ‧ Why are you so beautiful?

Before I embark on this journey, I whispered to myself “Where is the Baltic States?” Going on the net to google more information and photos, as these images flash before my eyes, my heart was filled with longing, awe and wonder, as if falling head over heels in love even though we have never met!

Upon touch down, my travel companions were ultimately impressed by the facade of the country. Suffice to say, I was impressed too, indeed words just can’t describe the beauty that beholds this place.

The state of Baltic, as if a pearl awaiting to be fully discovered after 100 years of being buried deep.

Although the Baltic states are located on the Northern side of Europe, on the eastern coast of the Baltic Sea, there is significantly great difference from other European countries in terms of culture. Having finally set foot here, I have encountered it’s extraordinary uniqueness. 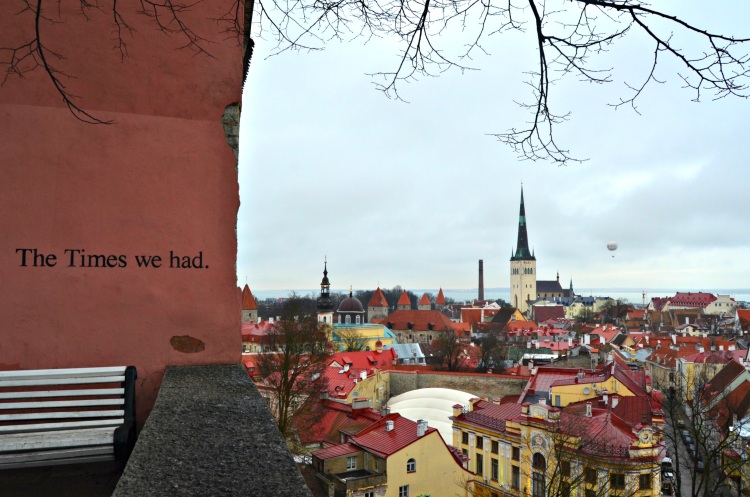 Is there any way for people who wants to travel based on their whims and fancy to somewhere un-familiar or new, to a place where they’ve only heard about it? That’s me!

The reason why I would like to discover these destinations for a very simple fact that, I have not visited these countries before, hence it is worth it. No matter where you travel to, one would just need to prepare your belongings, pay attention in packing warm clothing regardless, and coupled with a curious heart of course!

The name Baltic States is not to say unfamiliar, although perhaps it’s the less popular choice for those traveling to Europe as a destination, only a hand full of tourist from different parts of the world, including Asia travels there. Hence, we do not have much knowledge of the countries.

The Baltic countries mainly refers to three countries which are located along the Baltic coast, they are Lithuania, Latvia, and Estonia. Of these three, Estonia is the smallest in landmass, and my favourite is Latvia. That is because the most beautiful city among these three, is the capital city of Latvia, Riga.

Based on geographical and historical factors, the three Baltic states were conquered by its surrounding neighbours,
Poland, Russia, Scandinavia and Germany on several occasions; with Russia leaving a far-reaching impact on the Baltic states.

On 23rd August 1989, approximately two million people joined hands creating a 675.5 KM long human chain-link, which is famously known as Chain of Freedom, Baltic Chain or to some the Baltic Way. A peaceful political demonstration against Russia, striving for freedom. Independence was further enhance in 2004 by being officially included in the European Union (EU) and the North Atlantic Treaty Organization (NATO) as a member, after the dissolution of the Soviet Union. Hence Russia’s influence has significantly weakened and tourism then began to flourish. Lithuania’s Church of St. Anne in Vilnius, the Trakai’s Castle, Tallinn in Estonia and etc are places of interest which people flock to.

If you are a lover of historical and political stories, you might have come a crossed how diversify these three parliaments are. It could be due to the geographical proximity of each country to the other, or even perhaps due to the fact that many Northern European countries have left their mark, having deeply imprinted the way things are in these Baltic states. It seems a shadow of Poland can be seen in Lithuania, whereas Latvia is liken to a twin to Germany, and not forgetting Estonia’s culture somewhat has a cunning similarity with the Finnish culture . . .

All in all, the Baltic states have a diverse local culture. Even if one spends a short span of time in each of these three countries, I assure you it’s worth the while. If you are a curious fellow traveller, then this is certainly one of the most suitable part of Europe to explore. 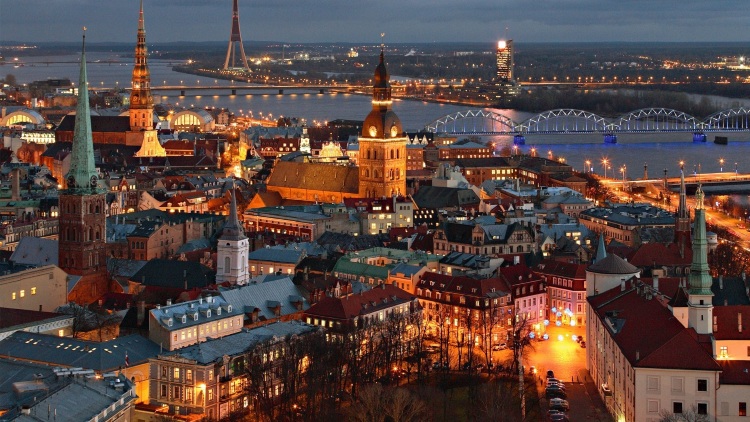 Riga at night, one can practically taste its liberty. 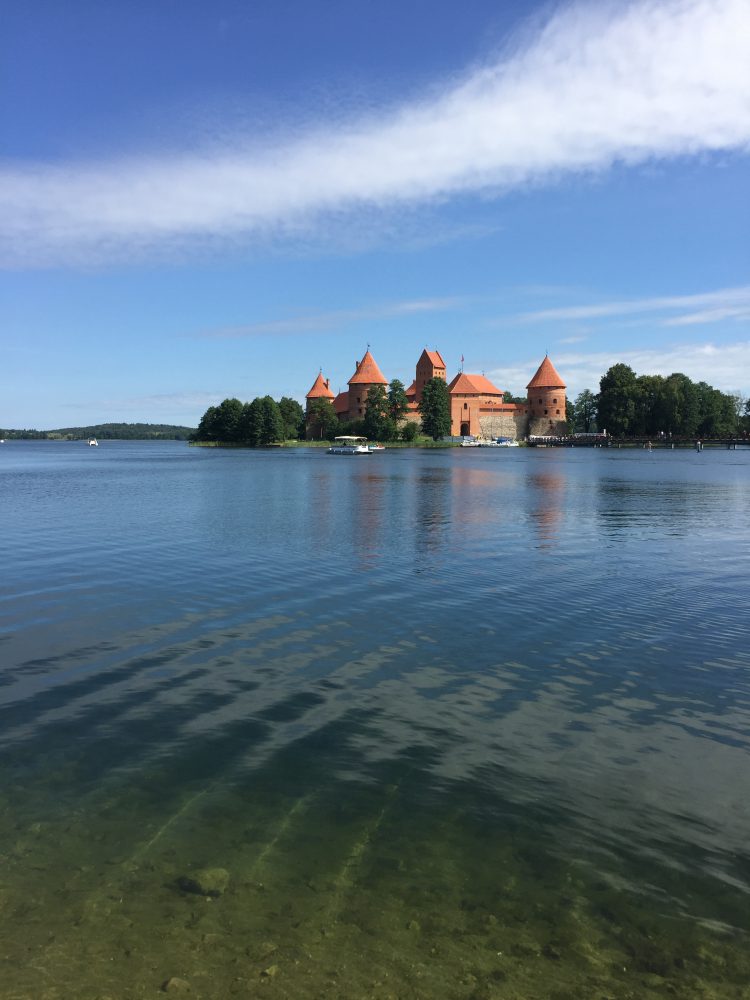 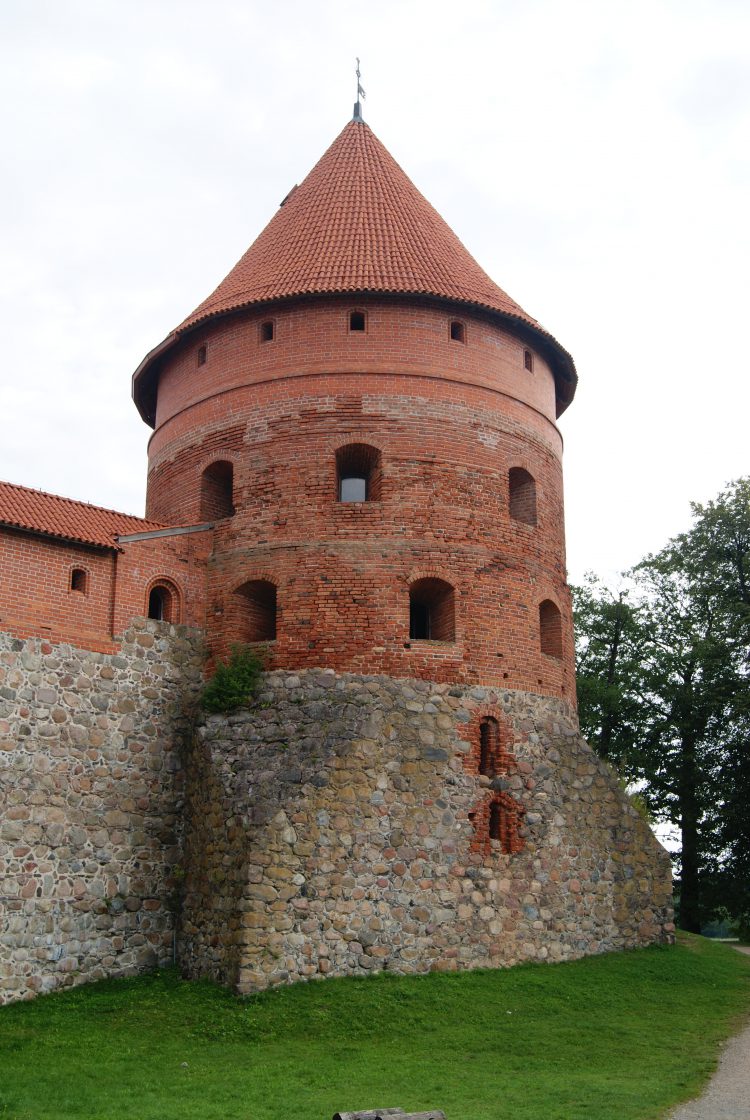 Trakai Castle is a unique medieval heritage，with its red tiled roof and bricks, is situated on an island within a lake. (1) 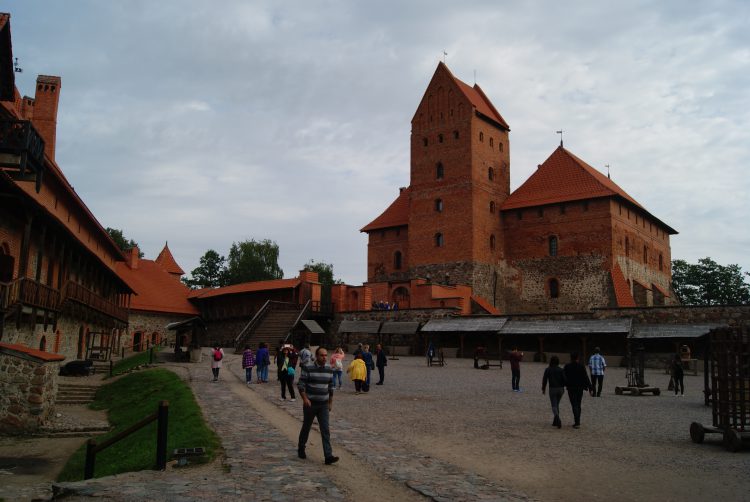 Trakai Castle is a unique medieval heritage，with its red tiled roof and bricks, is situated on an island within a lake. (2) 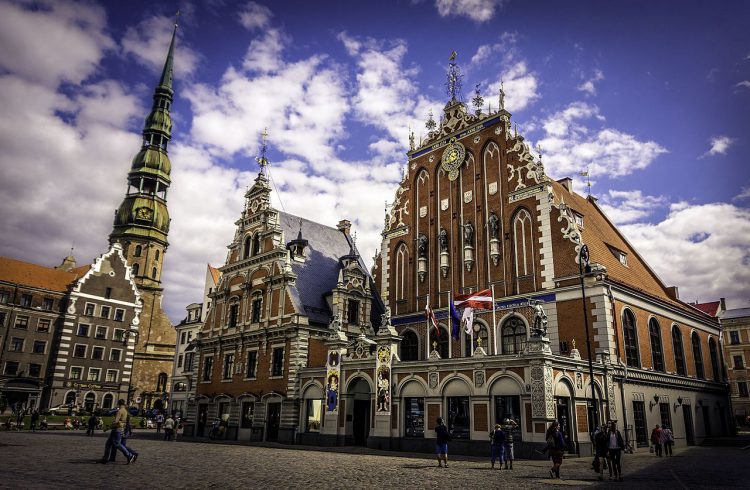 The iconic landmark of Riga.

– Visa: Malaysian passport holders do not require a visa (Except when travelling into neighbouring Russia. A visa needs to be applied in advanced)
– Currency: Euro (1 Euro = around RM5.10)
– Voltage: 220V – 240V
– Outlet : Two round plugs
– Time difference: 5 hours behind Malaysia
– Best time for travel: April – October

A new feeling in a strange country:

It is somewhat true that one can tell a person’s outlook in life by the travel attitude that person carries, we are certainly not talking about the perfect travel conditions. More often than not, we simply forget to take a break, working very hard day and night. People in these modern times has forgotten to add spice to their lives . . . Therefore if you would like to avoid the touristy areas and popular resorts, then head to some place which is far away from where tourist are, where it is strange and unique for you,(I believe that when you have challenge yourself to explore a new place which is far away, you will be able to give yourself some new perspective.

*The Baltic States through the eyes of Tour Leader Elspeth :*

– Lithuania: The amber country bordering Poland and Belarus.
– Latvia: The middle country of the Baltic States, with beautiful women, and a romantic cultural capital.
– Estonia: The birth place of Skype, also one of the world’s highest-income country, just right across Finland. 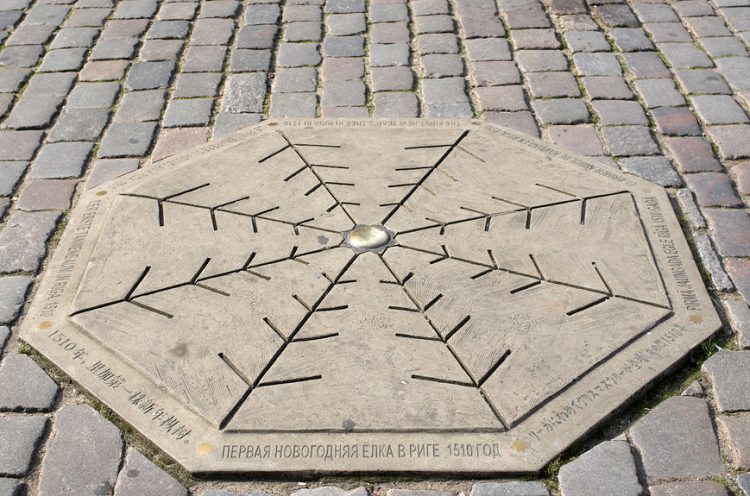 The ancient capital of Latvia, where the Town Hall is located in the old quarter of Riga, there is an octagonal shaped icon which can be found on the cobbled floor, the octagonal shaped is inscribed with a message in eight different languages, stating “Riga’s first Christmas Tree was displayed here in on New Year’s of 1510”. Therefore tracing the fact that in the 16th century, Latvia has begun the tradition of welcoming the new years with a Christmas Tree! 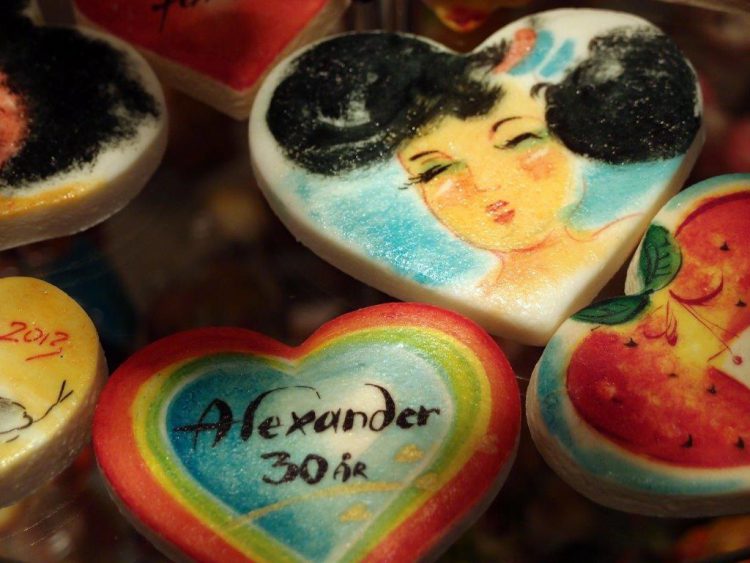 Souveniers to purchase from the Baltic states? I personally recommend almond sweets in heart shape. Allowing the sweetness to warm the hearts. 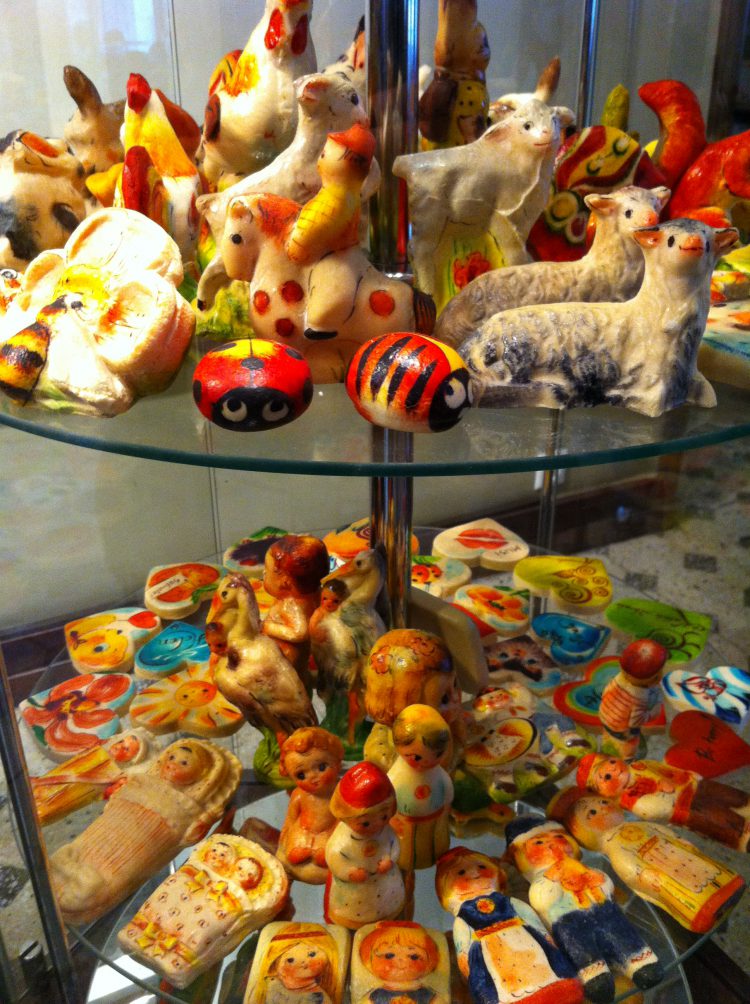 An assortment of Almond sweets, in various shape and size.

The almond shape are oh so cute! Just need to figure out how to eat them all.

Is a historical place of great significance, holding a spiritual and sacred place in the hearts of many Lithuanian Catholics. The mountain of cross, having never fail to always evoke an open-mouth, awe-inspiring reaction from its visitors. To some who have visited the hill, seems as if these crosses have sprung up from the ground in itself on their own. When the wind blows through these crosses, a symphony of sound can be heard, leaving one with goose bumps . . . but I think its just all in the mind, to many this is a place of utmost peace. The cross on the hill does not represent sadness or death, but in fact it represents love, hope, and spiritual faith of the Lithuanians. 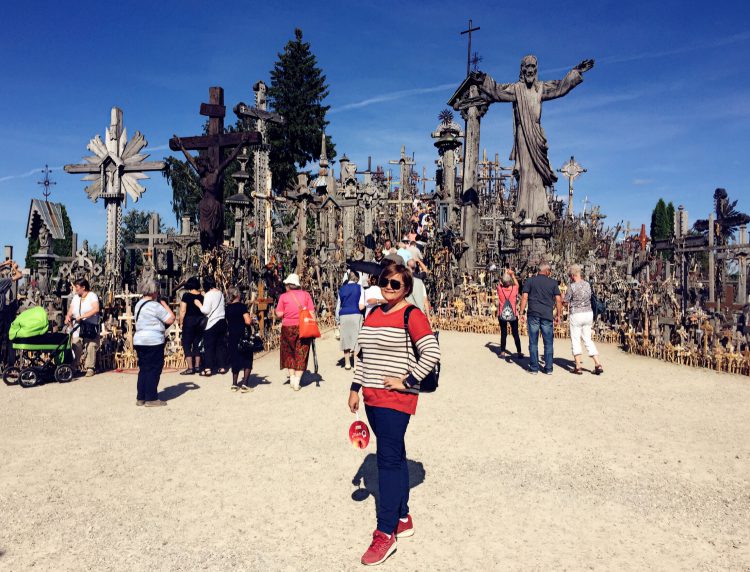 I feel the serenity of the crosses.

Heart of the Baltic Sea – Riga

A happening and interesting city, where there are surprises at every corner you turn to. Was particularly taken with two black cats found perched on a con-shaped roof of a medieval building, with its back arched as if they are angry. Do not miss the statue of a donkey, a dog, a cat, and a chicken, from the Town Musicians of Bremen, a story by Brothers Grimm. It is also said that the first ever public Christmas Tree is found here in Riga, and many more such children’s legends and tales, how then could I not fall in love with Riga? 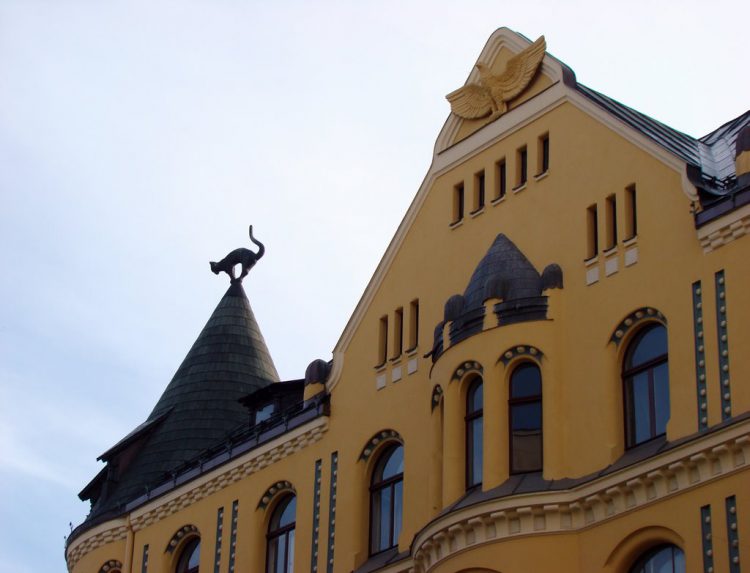 Black cats found perched on a con-shaped roof of a medieval building, with its back arched as if they are angry!（1） 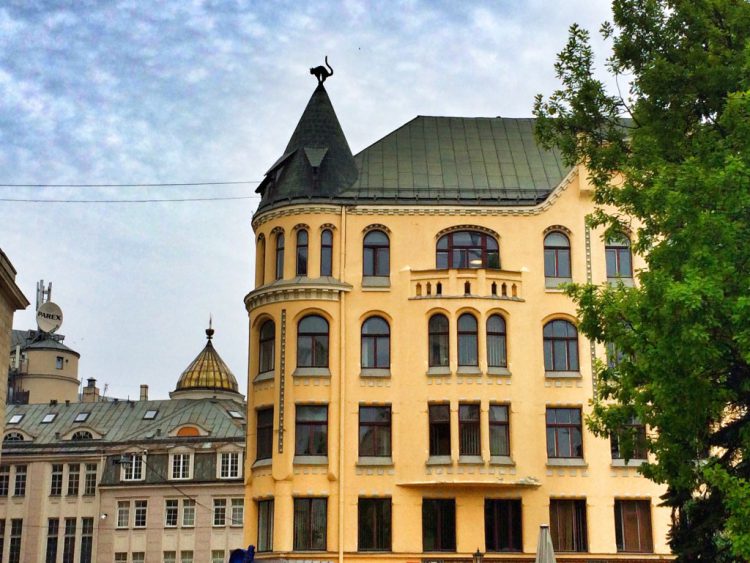 Black cats found perched on a con-shaped roof of a medieval building, with its back arched as if they are angry!（2）

The animal sculpture of Town Musicians of Bremen 。

The country is a beautiful combination of Nordic culture and Eastern European, medieval castle and its spire dots the ancient towns, with its red tiles and white walls, its like stepping into a fairy-tale scene. Exploring Tallinn in a single day can be a journey where time just fly-by in a heartbeat; starting early in the day with a visit to Kadriorg Palace, don’t rush but explore leisurely the baroque summer palace built for Catherine I of Russia by Peter the Great, stroll the beautiful rose garden, enjoy the beautiful blooms. The palace has a marvelous view of the city of Tallinn, from on tp of the fortress, capturing the essence of Tallinn.

Make your way to the highest point of the chapel, here you are rewarded with a superb panoramic view of the entire mediveal city of Tallinn. 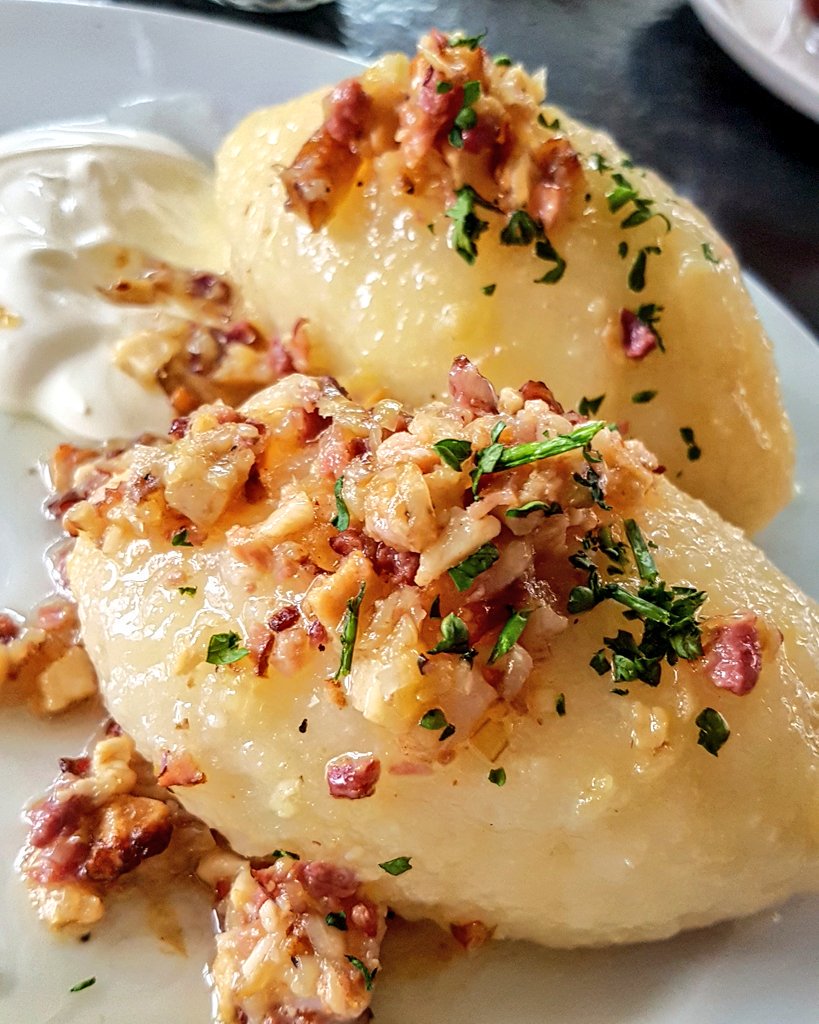 A traditional pastry, made of Wheat bread, stuffed with delicious (good-sized) whipped cream and almond paste, sprinkled with white sugar icing. Traditionally eat on “Vastlapäev”, a moving holiday between February and March. today you can find it daily at most bakery shops here. Don’t forget to try it!! 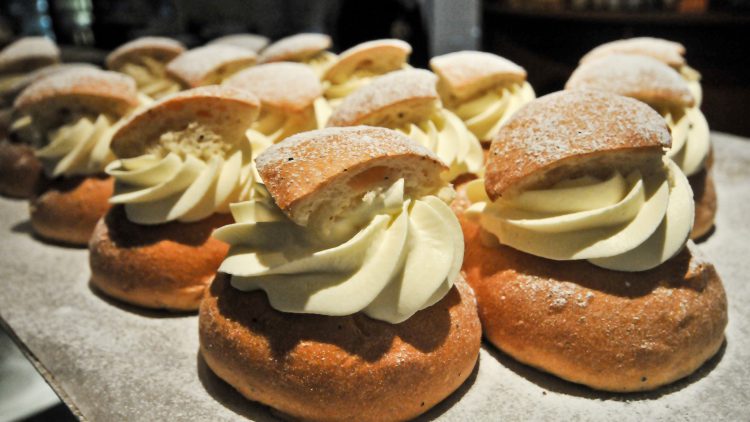 A unique Latvian beetroot soup, served cold where locals enjoy the dish during summer. The natural red dye from beetroot is turned into a beautiful pink, the pastel colour created as a result of adding in a traditional yoghurt and buttermilk. Other ingredients added into the soup are, beetroot (of course), cucumber, and different types of vegetables. To the European taste buds, they prefer to add Dill sauce. but for my own personal preference, is not to add too much of the cream till its thick, just enough is equally as good. 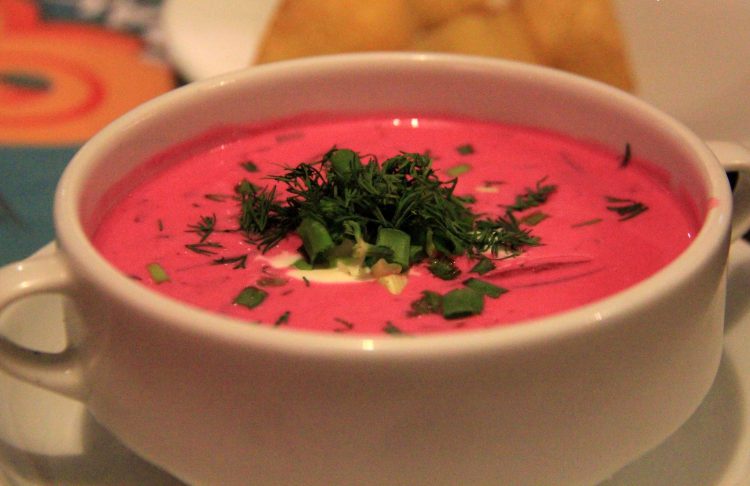 Sweet and sour in taste, it is made out of fermented rye bread, low in alcohol percentage or in some might not have any at all. 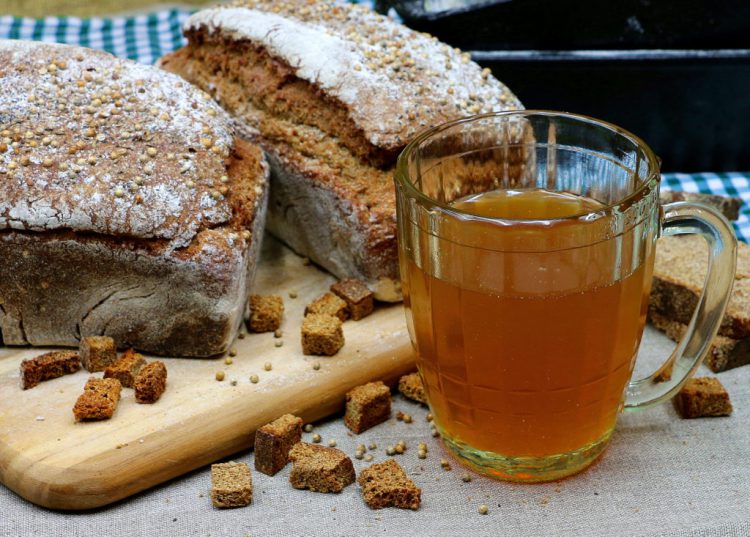 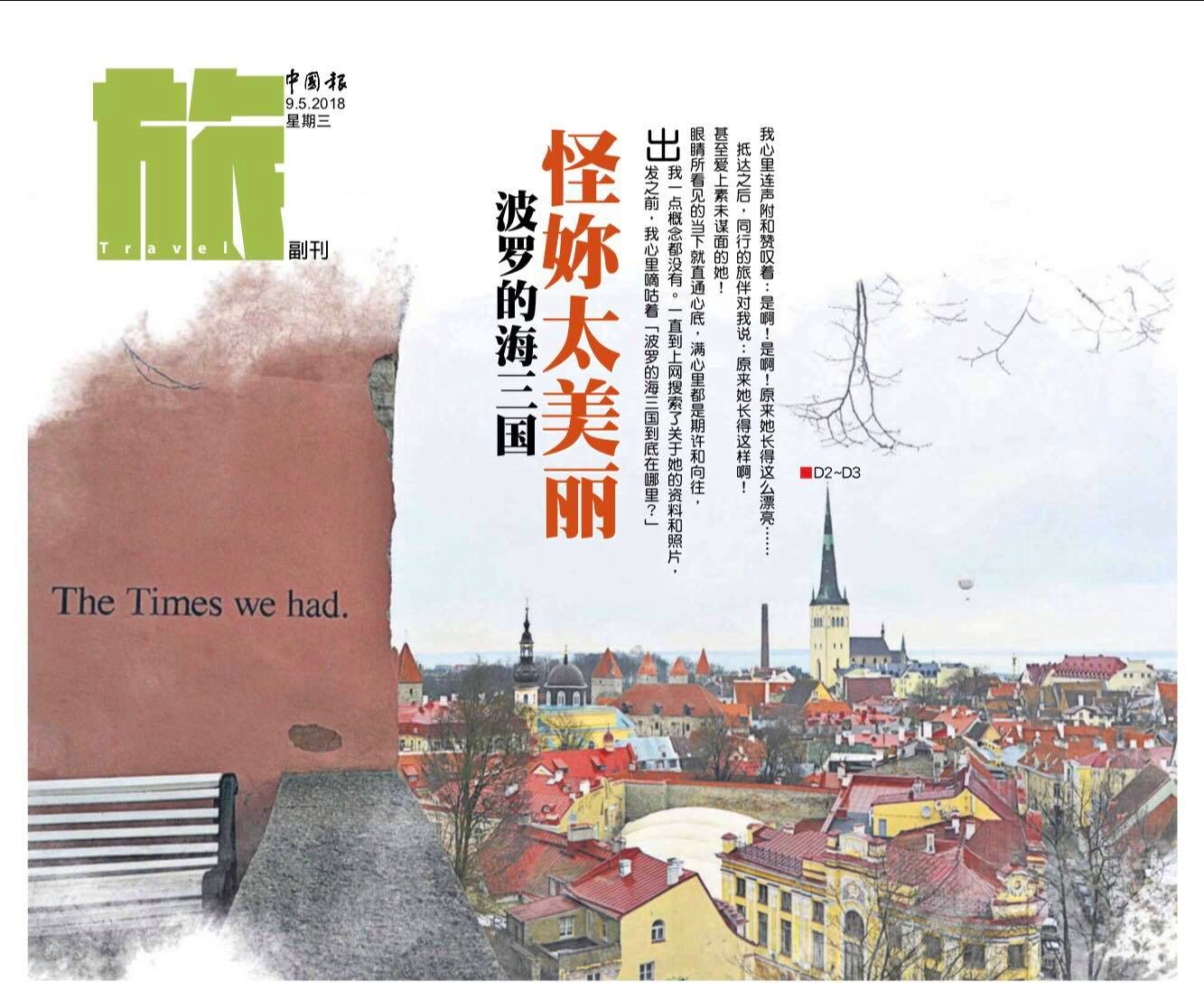 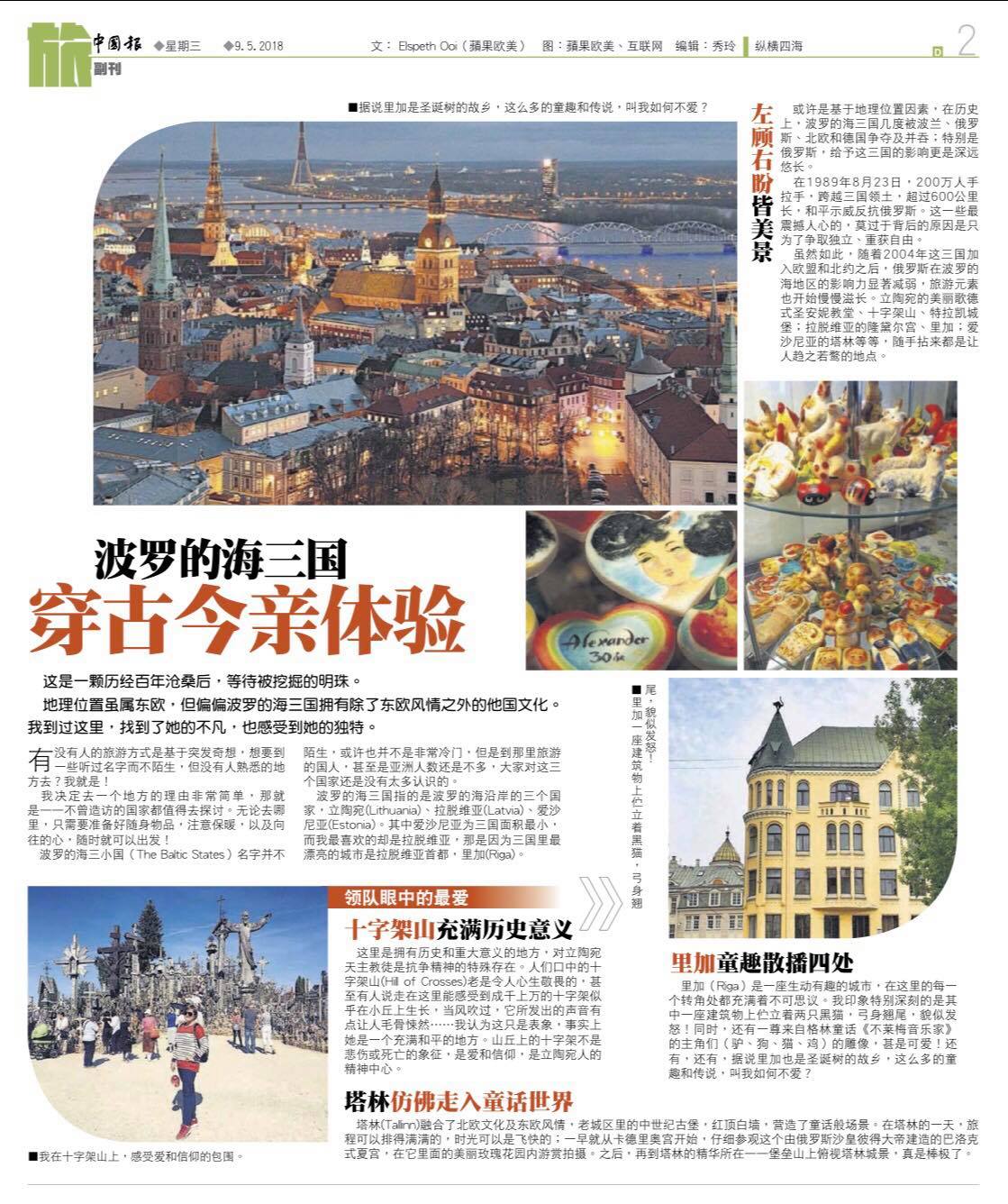 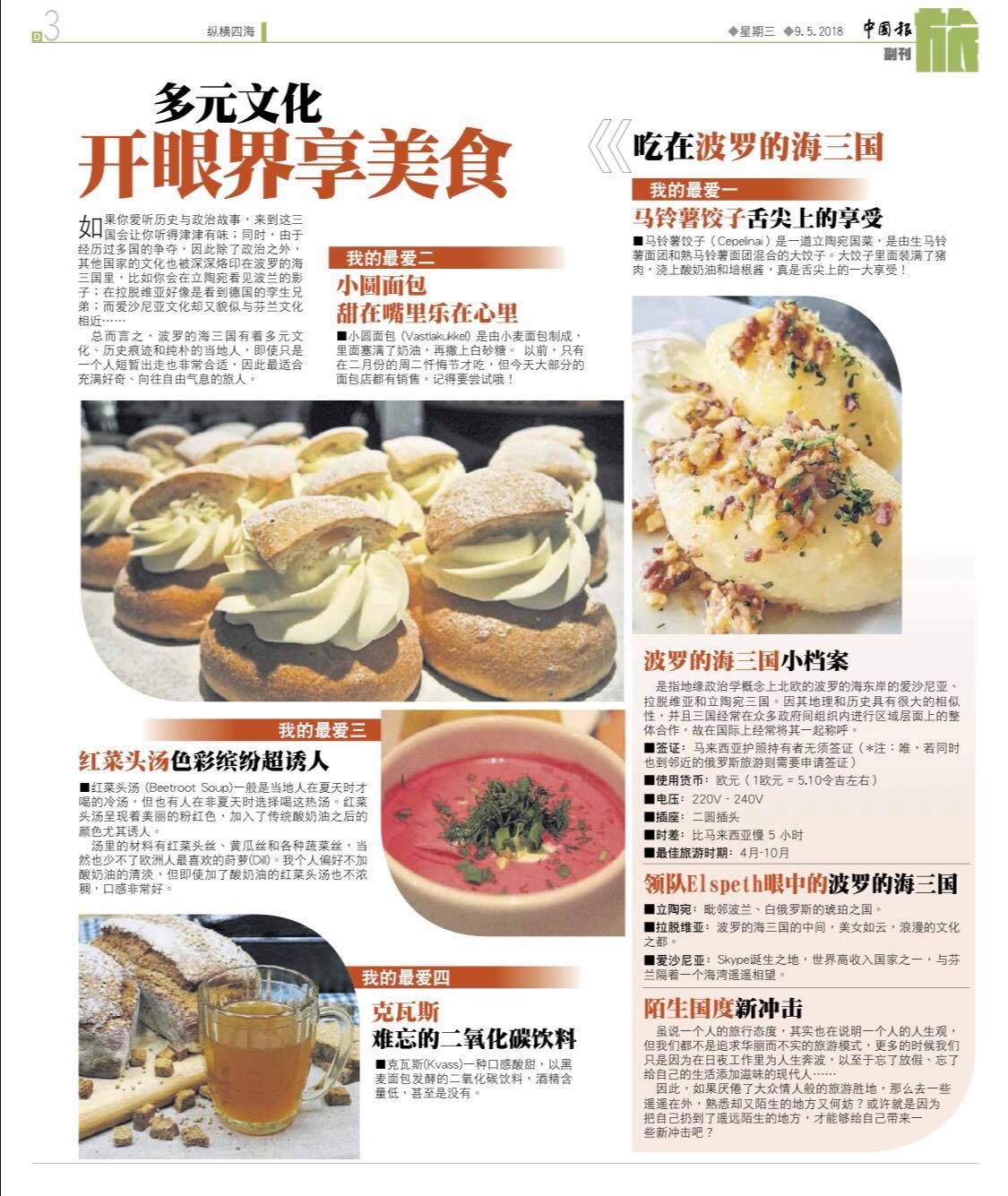 Published by China Press on 9 May 2018, edited by Ai Reen

Something You Should Never Do With As A Professional Gambler